The Kiwi-Pretzel: Invented and made in Christchurch

The founder of Aha Wildlife Bakery is a declared advocate of exotic animals. With the clear intention to promote exciting cuisines and wildlife at once, and create something amazing yet local, she made something up nobody on the planet had tried before: vegan, kiwi-shaped pretzels. What seemed difficult at first became harder with every attempt. Motivated by challenge she tweaked and tried until she had the perfect recipe: A vegan pretzel, shaped like a kiwi.

Our freshly baked goods are available via:

Skip the queue and preorder your meal in our online shop!

Call us during our opening times at 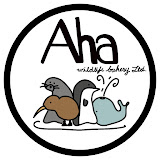 Ways to purchase our products